Roger Moorhouse’s new history of the Nazi-Soviet pact  begins with this sentence: On August 23, 1939, Stalin drank to Hitler’s health.

The Molotov-Ribbentrop Pact enabled Hitler to act with a freer hand during the first two years of WW2. Westerners have been only marginally aware of this pact and the implications it had upon postwar Europe. The lands that Hitler “gave” to Stalin were the same lands he held on to after the war was over. The implications for Easterners were profound, and lasted until the collapse of the Soviet Union in 1991.

As Moorehouse says, most of his friends and acquaintances outside of history circles did not know what he was talking about when he referred to the pact, and this well-written book is a both a corrective to that ignorance and an engaging read in itself. 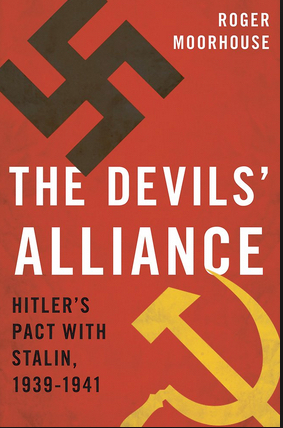