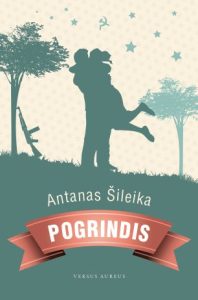 Just as I thought I was moving on to a new page in literary subject matter, the postwar partisan story has taken another turn with the launch of a fresh polemic against these underground resisters of Soviet occupation in Lithuania.

A contentious new book has appeared in Lithuania, called A Memorial Book of the Victims of Partisan Terror (Partizanu Teroro Auku Atminimo Knyga).

The book has a trilingual introduction by Povilas Masilionis in which he attacks the partisans as murderers and terrorists. Most of the book consists of a list of civilians killed by partisans.

This book comes on the heels of an article by Jurgis Jurgelis comparing civilian killings carried out by pro-Soviet collaborators and anti-Soviet partisans (even my choice of words is fraught here – unavoidably so). Jurgelis suggests a sort of moral equivalency between the two.

On the other hand, Arvydas Anusauskas, member of the Seimas and former head of the Genocide Museum, says that the book is old propaganda reheated by Masiulionis, who, in the Soviet period, worked for the Central Committee of the Communist Party as a propaganda instructor and assistant director of the journal “The Comunist”.

Does pedigree matter? I think it must.

The introduction does reek of a polemic of the lowest sort, but even so, I have to sympathize with the numerous dead listed in the pages. For example, Donatas Glodenis is a thoughtful blogger in Lithuania, a man whose grandfather was killed by partisans (perhaps for agreeing to work in a position of responsibility in a state farm.) To see one’s grandfather memorialized must be moving and important (see his comments on the book launch).

Twenty years after Lithuania’s independence, the battle over history is not going away – it is heating up.

The story of Kostas Kubilinskas is something like an East European joke, and by that I mean it is a particularly gruesome story with tragicomic overtones.

Kostas Kulbilinskas died in 1962 and at the time he was one of the best-loved children’s writers in Lithuania. (I mentioned him in an earlier post about Lionginas Baliukevicius  – author of Diary of Partisan.) It turns out he is an excellent example of the type of writer described in Czeslaw Milosz’s Captive Mind, a writer who will do anything to get published. He was a man who became a murderer in order to earn the right to write children’s poetry.

Kubilinskas was born in 1923, one of four children in a poor family. Right from his youth he established himself as a poet of sorts by wining poetry prize at the age of fifteen. He was in high school during the first German occupation, and began to write satirical poems about Stalin and Jews (!). From the very first, it seems he tailored his writing to the current ruling regime. The problem would come when the regimes changed.

Kubilinskas had a knack for rhyme and wrote easily and quickly. Later in life, he was known as the kind of man who could compose rhymes at the printer’s if a magazine had an unexpected white space.

When the Soviets were approaching Lithuania for their second occupation, Kubilinskas decided to stay behind because he felt he was a poet above all and could not leave the land of his language. He imagined he might adapt to the regime by writing for its rulers.

At first this worked well. He joined the Communist Youth League and became one of the promising writers in the new writers’ union. But in 1946, he was identified as a German collaborator and removed from his post. He was unable to publish, and eventually ended up as a teacher in remote village in the south of Lithuania.

It must have felt like banishment to Kubilinskas, but it led to an interesting turn of events. Kubilinskas stood out as an intellectual in these surroundings, and intellectuals were rare and valuable in a land where one crop had been deported to Siberia, another died in the Holocaust, and a third fled before the invading Red Army in 1944. The local ant-Soviets could use a man like that because they lacked writers and intelligencia for their newspapers. Kubilinskas’s friend, Algirdas Skinkys, was in a similar position. Skinkys is almost a double of Kubilinskas, although a lesser double because less talented.

Kubilinskas had said to friends he would go to any lengths for the ability to publish poetry, and the contact with the partisans opened an opportunity for him to redeem himself. He wanted to leverage the partisan contact to gain bigger rewards than the resistance could offer him.

Not trusting the local MGB, Kubilinskas wrote to the chair of the Lithuanian Communist Party, Antanas Snieckus, and volunteered to infiltrate the anti-Soviet partisans. His file was handed over to a Vilnius MGB officer, and Kubilinskas was trained in firearms and deception.

His job was to find local partisan groups, infiltrate them, and assassinate the leaders or bring in troops to do the job if need be. Fearful for their safety, Kubilinskas and his friend Skinkys hesitated to commit murder until they were ordered to fulfill their tasks within the first weeks of 1949 or face the wrath of the MGB.

In a botch job that ended up turning out well for Kubilinskas, he and his friend shot a sleeping partisan in his bunker and then fled to Alytus, a provincial capital, where they summoned MGB soldiers to surround another bunker where several more partisans were killed in a firefight.

The botch occurred when Kubilinskas was identified while fleeing, and thus could no longer be used in other operations to infiltrate the partisans, who issued an execution order against him (which was never carried out).

The botch played to his advantage. Kubilinskas was free to publish as a poet, which he did, with great success. Although he never published much for adults, Kubilinskas became a roaring success as a children’s writer, producing many rhyming stories. He was the Doctor Seuss of Lithuania in the 1950’s.

But Kubilinskas was a drinker, whether because of a guilty conscience or natural tendency, and his alcoholism began to interfere with his work to such an extent that he was sent in 1962 to a sanitarium for alcoholics outside Moscow, where he died under mysterious circumstances, some say murdered by the KGB (the heir of the MGB) for being too talkative. He had lived only until the age of 39. His colleague in crime, Algirdas Skinkys, lived until 1970, reaching the age of 45. The latter, though, never achieved the fame of Kubilinskas.

It seems impossible to the modern western reader that a man so pliable to ruling regimes, and a murderer as well, should be capable of writing lasting poetry, all the less children’s poetry. Yet his choices reflect the reality of Eastern Europe where one had to select among bad choices. Kubilinskas made some of the worst of them.

This egotistical artist was the inspiration for the character called Rimantas in my novel, Underground, code-named Poe for his fondness for the American poet. I chose Poe as his code-name for the gruesome connotations we have for that writer.

What is the fate of the reputation of this murderer? For all his crimes, some readers in Lithuania continue to enjoy his children’s work. Public taste and public morality are two distinct realms, although there are few cases as extreme as that of Kostas Kubilinskas.

Eastern European jokes can be cruel indeed, and the life of Kostas Kubilinskas shows us a man who loved to write for children so very much that he helped murder to get the opportunity to do it.

Richard Handler of the CBC wrote this nice column about the novel and my CBC interview.

I’m in Whistler and Vancouver and on the way to New Brunswick, but I am appearing elsewhere in the virtual world.

Kim Moritsugu has a wonderful site about food and literature.