I was at the Vilnius book fair again this year to launch my new novel, called Provisionally Yours in English and translated as Laikinai jūsų by the publisher, Baltos Lankos. It was a wonderful time as usual there. See the cover below: 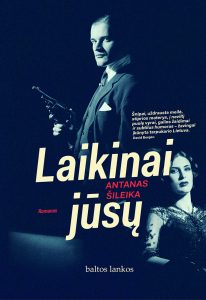 But my memoir, The Barefoot Bingo Caller in English, and Basakojis bingo pranešėjas in Lithuanian, also published by Baltos Lankos, had been short-listed for book of the year there in the adult category. And it won! Here is  a photo, of my receiving that award. 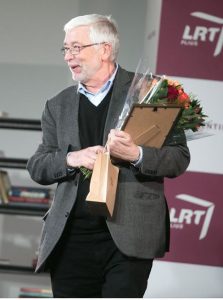 And finally, I launch my new novel in English in Toronto on March 19. Here is some news about that: 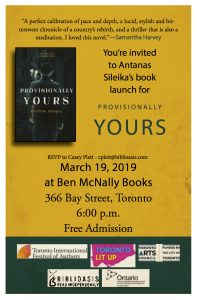 The Lithuanian translation of my memoir, The Barefoot Bingo Caller, has been short-listed for book of the year in Lithuania.

This is a readers’ choice award, so those who like the book can vote for it at this page.  Simply click on the circle and make sure you choose the term, “įrašyti”, which means “enter”. The winner will be announced at the Vilnius Book Fair in February of 2019.

The Translation of my memoir, The Barefoot Bingo Caller, has just been published in Lithuania and I will be presenting it at the February 2018 Vilnius Book Fair, 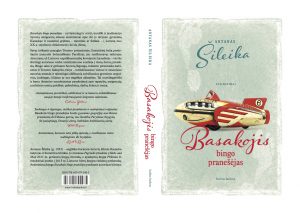 If you happen to be there and have the language, come out and see me interviewed on stage by  Lithuanian television (LRT) on Friday, February 23 at 7 PM. Jolanta Kryževičiene has been interviewing me for years and she knows my work well, so I am looking forward to this talk. The interview will also run subsequently on television as will a couple of other interviews I will do both on TV and radio.

In February of 2015 I returned to the Vilnius Book Fair for the translation of my 1997 story collection, Buying On Time, translated as Pirkiniai išsimokėtinai. 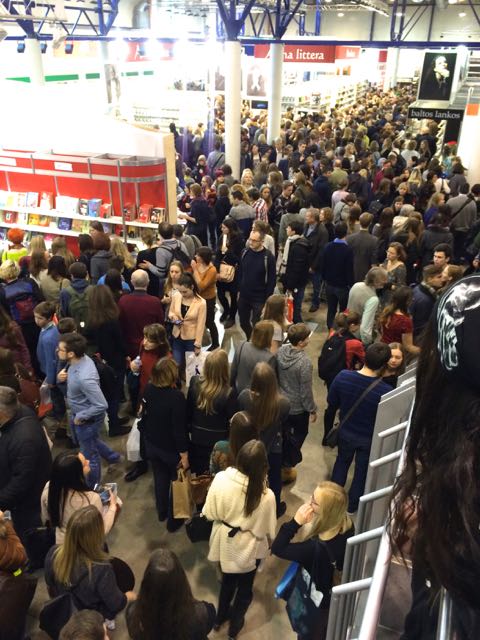 The conference centre was so full that people needed to be directed by security guards acting as pedestrian traffic cops. Sixty-eight thousand people attended over four days.

My presentation was well attended and the books sold out, and I had many interviews, but my real surprise was stumbling across a find in the used book section. It was a copy of Thus Spake Zarathustra, translated by my namesake and uncle, Antanas Sileika, in 1938. I knew this book existed and my cousins own a copy, but I did not have one of my own, and here I stumbled across it on the top of a stack of old books. 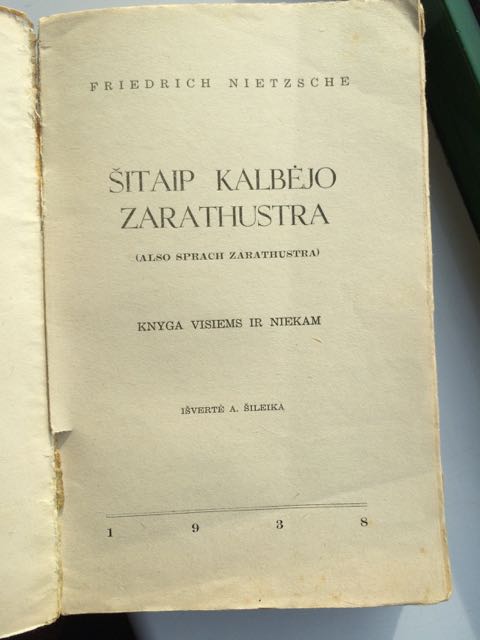 Beyond that, I played with my grandson, who lives in Vilnius with his parents, and made a few contacts to pursue the biography of Kostas Kubilinskas, whom I call the rhyming assassin of Lithuanian children’s literature.

Most of my posts have to do with history and the writing process, but I wanted to comment on appearing in translation in Lithuania, where I was keynote at a bookfair on the publication of the Lithuanian translation of my last novel, Underground., called Pogrindis in Lithuanian.

If you are translated into a language you do not know, you simply accept the fact with no real  knowledge of what the reception was like. This was the case with my book translated into Chinese. But I since I have enough Lithuanian to speak it and read it, I had insight into a remarkably literary culture there.

Sixty thousand people attend the book fair in Lithuania – whole families come with children. The cabbie who drove there talked about how much he loved books, and as physical objects, and thus not as ebooks.

There were dozens of presentations, and many of them made the newspapers. In my own presentation, there was seating for maybe three hundred people, and it was standing room only with a crowd at the door.

The reception to the novel was outstanding, with many newspaper, television, and radio review and interviews (for links, see my appearances page, but only if you have the language) and a whole print run sold out two days into the fair.  As well, the cultural attaches of some of the embassies picked me up.

My literary world is a Canadian, and to a smaller extent, an English language one, so it was fascinating to see how another culture reacts to books.

Since Underground is a historical novel, based on the postwar anti-Soviet resistance, much of the interest lay in the subject matter, which is unexplored in fiction in Lithuania.

Sadly, one of the people whose personal history is connected to the subject matter reproached me in print for dealing with history as fiction. You could say this is just a misunderstanding of form, but I can also understand how you might think that your own story belongs to you, and a fictional approach might seem startling.

I’ll be in London to do a talk at the Lithuanian embassy on the occasion of the bookfair there in April.

As to the rest of my work, I am deeply into the new novel, tentatively titled Provisionally Yours, and will likely have a first draft done by the summer. I intend to finish it off at a summer house we have rented very close to the summer house used by Thomas Mann in the thirties on the Curonian Spit. that’s a very unusual place, with villages buried in sands and a lagoon on one side and the Baltic on the other.