It was so great to find Underground listed in the Globe and Mail as one of the 100 best books of 2011. 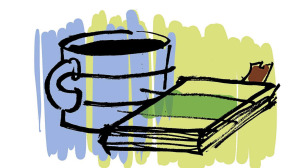 And only three more appearances this week and then I can settle down to more serious work on the next novel.

You can find the interview here.

Alexander Prusin’s The Lands Between is a study of the lands between Germany and Czarist and Soviet Russian from 1870 to 1992.

The map above, of the Polish-Lithuanian Commonwealth, loosely covers the area that both he and Timothy Snyder write about.

I’ve discussed his particular take on the postwar anti-Soviet partisan resistance in that area, but let’s step back now in order to get a sense of his overview.

He wonders why this area was so violent between 1914 and 1953. In effect, this shorter period covers the time of the fight for independence in those lands, as well as the independence period, and invasions from Germany and the Soviet Union and the Holocaust and the resistance after WW2.

The places were most violent when they tried to break away, and they were unstable because of ethnic tensions and economic backwardness.

Although he is not entirely in favour of the imperial regimes before WW1 and the Soviet Union after WW2, Prusin seems to imply that at least these lands between were less violent then. This assertion seems odd to me, given that the German and Czarist (later Soviet) forces were the ones that initiated the violence in the first place. At times, he sounds like he is blaming the victim, although it is certainly true that victims can also be perpetrators.

He is certainly right that the religions professed in the area were Lutheran, Roman Catholic, Eastern Orthodox, Uniate, Jewish, Karaite and other sects, and languages were as many or more. Before WW1 in Lithuania, the government activity happened in Russian, culture in Polish, some business and most Jewish home life in Yiddish, and farm and peasant life in Lithuanian.

These lands were multicultural avant la lettre, but not in a good way, according to Prusin. Current expressions of multiculturalism are usually deemed as positive. In the place and time described, the different confessions and linguistic groups cooperated when times were good, friction turned to fire when times were bad.

Interestingly, Prusin accuses the state of being the prime instigator of violence by encouraging latent hostilities. He does not exclude Soviet and German states, but neither does he limit the blame to those two.

And controversially, he says that large-scale collaboration was required to make the German and the Soviet occupations work. I have italicized the second part of the last sentence because traditional understanding of the term collaboration in the West put it solely in the Nazi camp. Prusin is saying that one could collaborate with the Soviets as well. There is nothing new in this understanding in the East, but it might be new to Westerners.

Prusin also states that the local population had no control over political and social processes.

One item that Prusin finds consistent is that Jewish communities were singled out as targets in the Czarist, independence, and wartime periods.

Particularly in the first days of the Holocaust, Prusin sets out this scenario: As the Soviets retreated under the German attack in 1941, they instituted a scorched earth policy and began mass executions of prisoners, usually local elites (teachers, politicians, policemen the Soviets had arrested earlier). These massacres were carried out in a gruesome fashion.

As I said to a friend of mine, people have just begun to understand about Katyn – they are just beginning to know that there were many more murders like that one, and they remain unknown in the West.

Due to the Soviet violence (and the mass deportations of just a week before), says Prusin, the German were greeted with genuine enthusiasm by non-Jews. Then the mutilated bodies of the former Soviet prisoners became public knowledge, and vengeance was twisted to be visited upon the Jews. However, violence upon the Jews was also initiated in places here there was no Soviet violence. Furthermore, nationalists envisioned a fight against communism as a fight against the Jews, and so we end with mass killings of Jews by many, many local German collaborators. Most active among them were policemen and others who had been imprisoned under the Soviets or lost relatives to them.

This point reinforces Timothy Snyder’s thesis (in Bloodlands) that the violence was worst where German and Soviet regimes overlapped.

In the postwar era, peoples and borders were moved to make homogeneous areas. The removal of multiculturalism, as we understand it, led to stability (not a solution we like to think about in multicultural Canada).

The violence in that part of the world, says Prusin, was so bad because it was initiated by the state and exacerbated by popular participation. In other words, it was total war.

Prusin states that things have calmed down in the region, but there are still dangerous historic legacies. First, the new countries (Baltics, Poland and Ukraine) have attempted to define themselves in terms of territory, ethnicity, and citizenship as they did after WW1. Indeed the Canadian writer, Anna Porter, has pointed out that the right wing is rising in central Europe, and signs of right-wing extremism are rising in the borderlands as well.

Second, the entire area is dependent on Soviet natural resources. Therefore, although the states are democratic and independent, they are torn between the globalization of the West in the EU and subservience to the East’s oil and gas.

The place remains inherently vulnerable to outside forces.