I am rewriting the Provisionally Yours manuscript, am consulting on the translation of 1997’s Buying on Time, and have assembled  a stack of research material for my next novel, so the last thing I need is a new idea.

Yet one has come at me, and I’m finding it very powerful.

I received a letter from a reader in Lithuania who had some information about Kostas Kubilinskas. I used this historical character as inspiration for one of my fictional characters. Kubilinskas was the most prominent postwar children’s writer who, it turns out, had a dark secret.  In order to ingratiate himself with the Soviet authorities, he infiltrated  the partisan movement, shot and killed a partisan and betrayed several others who were killed in ambush. Then he went on to write popular children’s ditties.

I thought I was done with him, but  my correspondent began to tell the story of Kubilinskas the year he worked as a teacher in 1944-1945 in the village of Lynezeris. My correspondent’s father was a boy then, and remembered the writer well. Each evening, Kubilinskas would take a half bottle of vodka and sit under the oldest oak in the area, and write poetry.

So far, so good – a little extra information about my past subject matter.

-But the more my correspondent wrote, and he wrote almost every day, the more interesting the place became to me. I encouraged him to keep sending me the strange and sad anecdotes of the war and the postwar in Lynezeris. Here are summaries of a few of them.

– The correspondent’s father, as a boy, stole a side of bacon and ran off into the woods to grease railway tracks because he’d heard you could stop a train that way. He tried it and it worked, but he and his friends were almost shot to pieces when the German guards fired at them in the woods.

– His grandfather found a German motorcycle in the forest. A retreating rider had run out of gas and fled. So the man hauled the motorcycle home and traded a Russian soldier a bucket of liquor for a bucket of gasoline. The farmer rode the motorcycle happily all through the  the forties until early in 1950, when he was deported to Siberia and his riding days were over.

– The villagers had managed to protect six Jews during the German occupation, but the Jews were betrayed for a reward by a farmer’s nephew who came in the fall to help with the harvest. After the Soviets came, they couldn’t find the nephew, so they deported to Siberia the family that had helped hide the Jews.

There are many more stories like this, all filled with poignant  detail, so I have arranged to meet my correspondent next summer and spend some time in the village.  In the past, it had hundreds of inhabitants and a school, but now it is down to twenty-seven year round inhabitants. Others come in the summer.

I think that the oak tree, the children’s writer, and the incidents of the villagers might make for a strong nonfiction book. I’ll find out. 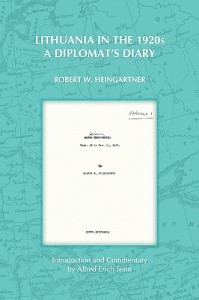 See a preview of my novel, Underground, in the  National Post.