Here is a link to a recent audio book review I did on historian Margaret Macmillan’s War. It played on Shelagh Rogers’s CBC Radio 1 show, the Next Chapter:

My latest novel, The Unbowed Heart, has been picked up by Cormorant Books for publication in 2022. I am very pleased indeed.

The Unbowed Heart is a novel based on historical events that tells the story of a rhyming assassin, underground resistance, and precarious love in the Soviet Union of the postwar era.

I also have a comic novel almost ready,  loosely based on both  Henri Murger’s Tales of the Latin Quarter (also the inspiration for the opera, La Boheme as well as the musical, Rent) and Neringa Jonšaitė’s Neringos Kavinė, but that will have to go on the back burner as I do a rewrite of the novel above first.

And a bit further back:

Provisionally Yours received good reviews in 2019  in The Toronto Star, The Globe and Mail (behind a paywall here)  and Publishers Weekly, the latter calling the book “an urbane thriller”.

I was in Lithuania frequently until the Covid lockdown, where the translation was getting  a lot of exposure and I found myself in the media, such as the cover of the weekly magazine below: 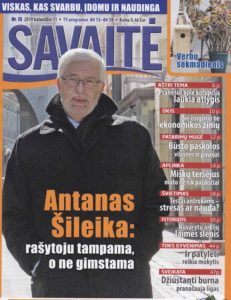 …and again in the local People Magazine (Žmonės): 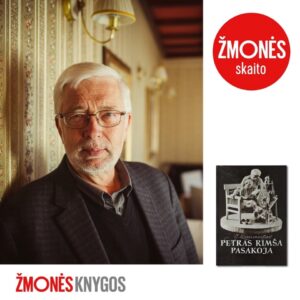 I have been sitting on a Lithuanian advisory committee to the parliament, and here is a photo below of what that looks like. I travelled there in March of 2020 to sit on the committee again, and was stranded in Vilnius for six weeks after airlines stopped flying during COVID-19 lock-downs. But it was a pleasure to be there, even tutoring a pre-schooler in French before being flown home by a Canadian government charter scooping up strays in Eastern Europe. I have rejoined the committee but for 2021, meetings will be virtual.

And finally, in the fall of 2020, I helped launch The Occidental Hotel, a novel by my friend, the late John Bentley Mays. For more on that, see the post in my blog.