Lenin once said that power was lying in the streets, just waiting form someone to pick it up.

I have been taken to task for quoting Lenin before, but the comparison I am trying to make is just too apt. The same is true of narratives, of stories which lie around us unnoticed until someone chooses to write about them.

The recent mania for the television series, Downton Abbey, led to a series of articles about its sources. Its primary one seems to have been a memoir by a kitchen maid named Margaret Powell. 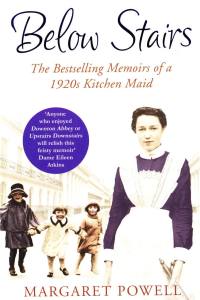 In 1968, she penned a memoir called Below Stairs, about what it was like to work in a great house in England before and after the First World War. Amazingly, almost no other source material for this world exists, but this nugget went on to become the inspiration not only for Downton Abbey but an earlier series, called Upstairs Downstairs.

The Lithuanian equivalents are lying around as well, and they are valuable because they give a picture of a little-know part of Europe in the last century.

As my parents’ generation has died out, its books have been tossed or found their way to church bazaars where I pick them up for a quarter. The same is somewhat true in Lithuania, where the table of the used bookseller on Laisves Aleja in Kaunas is one of my favourite haunts.

The books which interest me most are memoirs, often self-published. These are unvarnished and raw and all the better for it because the authors reveal themselves in ways that more practiced writers would not.

One of my most recent finds is a self-published memoir by the late Jonas Demereckis, called Savanorio ir Kontrazvalgybininko Atsiminimai (Memoirs of an Army Volunteer and Counterintelligence Agent).

Born in 1897 Demerckis was a barely lettered village youth who volunteered for the independence army in Jurbarkas. He paints a funny picture of young men in the winter of 1919, travelling out to Kaunas on horse-drawn wagons, accompanied by an accordionist whose bellows came apart due to the wet snow. They were periodically harassed by Bolshevik agitators who encouraged them to join the Red Army.

In Kaunas, during basic training, an officer called out for men who had completed elementary school (grade four) or even had some high school education. Demerckis was one of them. They were taken to a hall and made to write a dictation, and those who could write reasonably well were drifted into office work.

The book is full of colourful anecdotes, mostly having to do with the primitive conditions under which they lived and worked – a barracks without a kitchen – a mission with a wagon to Kybartas to pick up banknotes for a bank – the catching of a Czech spy (?) who had maps of the country rolled into the metal tubes of his bicycle.

Eventually Demereckis was assigned to counterintelligence and worked out of Musninkai, north-west of Vilnius, guarding the frontier with Poland’s closed border (the countries were in a state of war until 1938). There he dealt with Communists, Poles, and smugglers and had various adventures, including fighting off a pack of marauding wolves on winter’s night.

This view of everyday life is particularly valuable to me because it complements the memoirs of Jonas Budrys, who was head of Lithuanian counterintelligence in the early twenties.

But there is so much more good material like this out there, lying around, waiting for someone to pick it up.