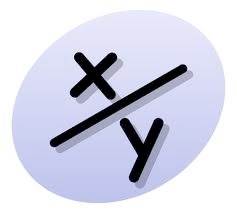 Historian Norman Davies, the late Tony Judt, and Timothy Snyder have been enlarging our understanding of WW 2 and Eastern Europe for the last decade or so, but now the forthcoming history by Sndyer, Bloodlands: Europe Between Hitler and Stalin, has ignited a sharp debate in The Guardian.

Snyder’s article summarizing his thesis states that the war began with the Molotov-Ribbentrop Pact, which divided Poland between Germany and the USSR in 1939.

In this interpretation, Stalin and the Soviets helped Hitler and the Nazis to initiate the most destructive war of the twentieth century and the holocaust as well.

Two sharp responses to this thesis come from Efraim Zuroff and Dovid Katz.

Zuroff’s thesis is that the Soviets entered into the pact as a tactic to protect themselves, whereas the Nazis used it to permit expansion.

Katz’s response is more extensive and nuanced, but his central thesis is that this interpretation plays into the hands of ultranationalist Eastern Europeans who are trying to avoid responsibility for their countries’ role in the holocaust and paint themselves as victims in the “double genocide” of WW 2 and afterward.

This argument is germane to my forthcoming novel, which deals with anti-Soviet partisans after the end of the war. Were they heroes or criminals or misguided nationalists? I take a generally positive view of them, with notable exceptions. But if the Soviets were liberators, then what were the partisans?

As to the arguments outlined above, I believe Zuroff’s argument bears more weight than Katz’s because it deals in history, what the regimes were intending when they signed the pact.

Dovid Katz’s article is respectful of Snyder, but claims he fell into a trap that plays into the hands of the ultranationalists.  This is an argument about the utility of history, or use and misuse of history.  Put simply, Snyder’s thesis can be put to bad use, and therefore it is wrong to state it. This argument is dangerous one because it implies that  one should not say the unsayable because it might be misinterpreted. Katz is dead on about many of his points, which are echoed by the Lithuanian thinker and poet, Tomas Venclova (see an excellent Lithuanian language interview with him on the Donatas Glodenis site) but as for me, I say let Snyder make his arguments regardless of how they might be misused.

The comments at the bottom of the three articles in the Guardian noted above make for fascinating reading as well. One can see the interpretations of this history starting to separate into two (hostile?) camps.

I repeat what I’ve said before: why should these interpretation clash? The crimes of each regime need to be explored thoroughly without falling into moral equivalency.

As to the “double genocide” theory, interestingly historian Norman M Naimark has published a new book titled “Stalins’s Genocides“, and that should cause further discussion.

In Canada, I continue to hear complaints about the historical novel, a genre I work in now. These comments make me think of Hannah Arendt who quote William Faulkner to say: The past is never dead. It’s not even past.