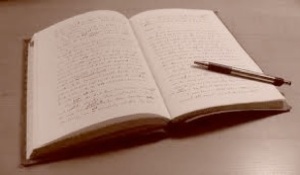 As I finish checking the line edit and proofing of my novel, Underground, which comes out with Thomas Allen in the spring of 2011, the subject of East European partisans continues to come up in various media.

We are seeing a profound transformation of understanding about that part of the world as historians continue to come up with new material and writers come up with new interpretations of what we already know.

I have written before of narratives in collision wherein the term “genocide” is used in novel ways and moral equivalency is drawn between Fascist and Communist regimes. As well, the holocaust looms large over this part of the world.

The latest article I have seen to address the issue is by Barry Rubin, in a piece called Unfinished Business and Unexploited Opportunities: Central and Eastern Europe, Jews and the Jewish State.

A somewhat simplistic summary of the article is that Eastern Europeans should be permitted to explore their suffering under Communism as long as it is not used to mask anti-Semitism. Indeed, Jews suffered massively under Communism too.

From my perspective, this article signalled that narratives need not be in collision. There could be parallel narratives of Eastern Europe.

However, Rubin’s article did cause some controversy. A rebuttal came out in the Jerusalem Post, claiming that Eastern Europeans use their narratives to mask their crimes (again – a simplistic summary – readers should go to the article itself.) I was troubled by the article’s claims of a “hidden agenda”. One can ascribe any agenda one wishes to if it is going to be hidden. Indeed, “hidden agendas” smack of conspiracy theory.

In contrast, I have just returned from a Santara conference in Chicago in which I talked about the historical sources of my novel, and while the reception there as very positive, at least one of the members in the audience took offence that I would explore the many partisan narratives (including those of Jewish partisans) rather than stress the heroism of those anti-Soviets who suffered in the bunkers after the war until they were annihilated.

This continues to be a raw topic – next week, more on the subject and links to other blogs and books.