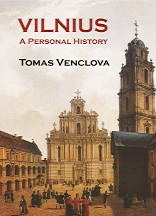 The Mysterious City of Vilnius

When I taught for SLS in Vilnius in the summer of 2009, I realized that hardly anyone had any idea about the city they were working in, or if they did, it was knowledge of only one of the many layers of that city.

For example, Jewish Vilnius figured prominently as the lost Jerusalem of the North, destroyed when most of the Jews in Vilnius were killed by the Nazis and their local helpers.

On the other hand, I was raised with the knowledge of Vilnius as the historical capital of Lithuania and Lithuanians, sadly seized by Poland’s Marshal Pilsudski.

For Czeslaw Milosz, Nobel laureate and thus an important figure in Polish twentieth century literature, it was a place where one could be a Lithuanian, yet write and speak Polish without any contradiction between the two. Between the wars, Vilnius became a provincial Polish capital on the fringe of things, in a corner where West and East, Roman Catholicism, Russian Orthodoxy, Judaism, and various other sects coexisted, or sometimes collided.

There are further depths that I am only slightly aware of – Byelorussian literature owes much to Vilnius, and the Karaites were once an important religious sect there.

After being a mystery for so long, the city is slowly becoming he subject of a few books either written in English or translated into English. In one of my earlier blogs, I posted a review I wrote of a book by Laimonas Briedis. There is also a wonderful book by the Anglo-American historian, Timothy Snyder, called The Reconstruction of Nations. I’ll talk about Snyder’s book in a forthcoming blog.

Today, I would like to lavish some praise on Tomas Venclova‘s Vilnius, a Personal History.

Tomas Venclova is a fascinating person in his own right. His father was a Lithuanian poet and supporter of the Soviet regime in occupied Lithuania. His son, Tomas, grew up in what came to be called the nomeklatura, i.e. the elite of the Soviet system, only to become a dissident, join a human rights organization and find himself expelled from the Soviet Union.

Although he has lived primarily in the United States since the seventies where he has worked as a professor in the department of Slavic Languages at Yale, Venclova knows Vilnius down to its cobblestones from a youth gliding among the various courtyards and back alleys of the city.

He takes a visitor through the city in some detail, doing a kind of Stones of Vilnius to give one part architecture, one part autobiography, and one part history. I can think of no better guide to the city unless it is an actual architectural guidebook that Venclova wrote, which is sadly unavailable in English.

This particular volume also contains an exchange with the late Czeslaw Milosz on the subject of Vilnius. Although the exchange, written in 1979, is slightly dated, Milosz gives a lovely snapshot of the city as he knew it just before WW2.

Of the three books of Vilnius that I have mentioned (Briedis’s and Snyder’s being the other two), Venclova’s does the best of taking one on a personal journey. Briedis’ book is an excellent survey and Snyder’s is a discussion of the idea of Vilnius as political project.

But if you want to feel the mystery of this town and its melancholy appeal, Venclova’s book is a must read.

I should just add that those particularly interested in Jewish Vilnius have a rich body of work available. The one book I found most vivid among these was Lucy Dawidowicz‘s From that Time and Place, a snapshot of Jewish Polish Vilna/Wilno just before the holocaust.